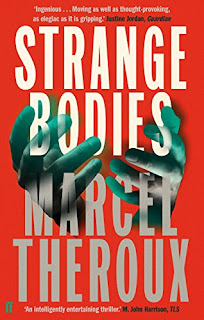 It follows a strange but recognisable story—the quest for immortality whether through words, legacies, families, or more Mary Shelleyish means. Yes, Frankenstein has its huge, lumbering steps all over this novel, but in a very knowing way. Actually, it’s got a flavour of Dostoyevsky too with its doubles and copies and golems and Russian intrigue.

Nicholas Slopen is a mediocre academic who writes about Samuel Johnston. But when he’s invited to authenticate some apparently ‘new’ letters of Johnston, he’d sucked into a science fiction world which harks back to the Soviet Union, populated by cultured sorts who want to discuss Shakespeare’s identity.

It sounds quite odd, but it does work, even if the end section feels rushed. Strange Bodies is fast paced and punchy, while holding its literariness firmly to the forefront and giving some melancholic, brooding philosophical discussions on identity. And whilst if you think about it, the plot is completely bonkers, you don’t really notice it at the time (which is definitely a David Mitchell type skill). 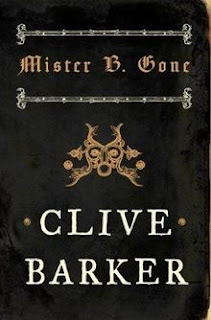 ‘Burn this book,’ our narrator orders at the start of Clive Barker’s 2007 novel (actually, it’s surely a novella). ‘Don’t look at another word.’

Part of me thinks I probably should have taken this advice.

That’s not to say I didn’t enjoy parts of Mister B. Gone. It follows minor demon, Jakabok Botch who escapes from the 9th circle of hell and ends up in fourteenth century Europe on a series of escapades, which culminate a century later at the birth of the Gutenberg printing press.

I have to be honest, I was quite worried at first. Botch narrates his tale in first person and spends an awful lot of time going on and on at the reader, persuading then threatening them to burn the book in their hands. Then he lets slip, ‘Yeah, I’m a demon.’ Hmmm.

Anyway, I clearly didn’t burn it. Instead I read on and was quite captivated by the scenes in hell (pissy demon parents and ‘parasite-infested wastelands’ of rubbish dumps) as well as glimpses into mediaeval Europe.

But that’s the problem—we only get glimpses. The central bromance between Jakabok and his demon pal Quitoon is barely developed. Their adventures, which cover 100 years, are paraphrased in a few pages.

It reminded me a lot of Marlow’s Dr Faustus—the buddy bromance between Mephastophilis and Faustus, their dastardly hi-jinks, the raging battle between supernatural forces of good and evil…even down to Faustus’ terrified offer to ‘burn [his] books’ if he might be spared damnation.

Mister B. Gone feels way too rushed, which is a shame. Barker is a skilled and intriguing writer, but this felt like a quirky concept which would have been served better as a short story (and in fact doesn’t it re-explore ideas from the title story from Books of Blood?).
at February 05, 2017 No comments:

Email ThisBlogThis!Share to TwitterShare to FacebookShare to Pinterest
Labels: reading 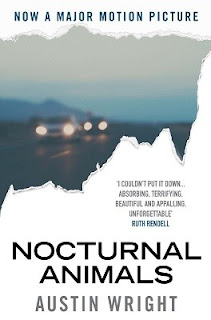 I'm always a sucker for a good front cover and title. Austin Wright's 1993 novel was originally called Tony and Susan, which isn't quite as exotic and dangerous as Nocturnal Animals.

The current cover has a glimpse of blurry Americana freeway on it. As I hovered at the 2 for £7 book deal in Tesco, I was intrigued. Into the basket it went.

And Nocturnal Animals does motor along pretty quickly, due in part to its structure. Susan Morrow, late '40s, has been married for years with children, dog and cat. She lectures in English.

Her husband is clearly having affairs - and that's actually how they originally got together all those years ago. Susan used to be married to Edward, but ended up leaving him for husband number two when Edward spent all his free time locked away in a cabin somewhere, trying to be a writer.

Susan's life is plodding along in fairly standard fashion when a first draft of Edward's novel lands in her lap. He wants feedback. So we follow Susan as she starts reading her ex's novel - actually reading what Susan reads and pausing when she does. It's all very postmodern. But Edward's novel turns out to be a violent, disturbing thriller.

It follows Tony and Laura driving to their summer house in Maine with daughter Helen. Things take a dark turn when they're run off the road by three men in a truck who manage to kidnap the women, separating them from Tony.

Their bodies are found in the woods the following day. It's a story of revenge, as Tony tries to come to terms with his loss. When the law fails him, he becomes mixed up with the investigating officer's plan to take justice into his own hands.

There's a strange fusion of genres - Susan's musings about her past with Edward and the nature of narrative frame her reading progress, where we get short bursts of thriller. But there's still something literary and cerebral about Edward's writing (plus he's a maths professor). Susan's hooked and so are we.

Each chapter of Edward's book read by Susan (and us) also allows us to hear Susan's thoughts about the plot and writing. Is it going in the right direction? Does this part of characterisation work? Has the writer based them on those he knows? Will the ending pay out?

In the end, Nocturnal Animals leaves more questions unanswered than answered, and that's part of its appeal. It's a metafictional thriller which draws you in, provoking you to think about the nature of storytelling and memory. A dark, uncomfortable puzzle which you just can't quite solve.
at December 20, 2016 No comments: 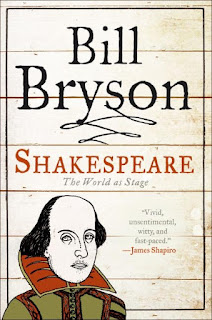 The End of the World Running Club - Adrian J Walker


So my favourite new reads were definitely The Sisters Brothers, Station Eleven and His Bloody Project.
at January 01, 2016 No comments:

Email ThisBlogThis!Share to TwitterShare to FacebookShare to Pinterest
Labels: reading 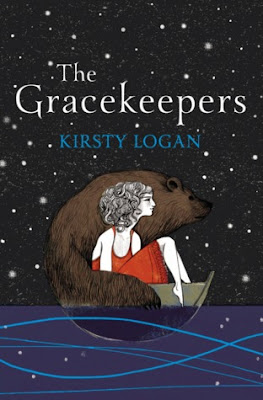 The world as we know it is flooded, drowned, and very very soggy. In Kirsty Logan’s debut novel, she gives us a future (presumably) where dry land is in short supply and those who live on it (landlockers) have the upper hand in social status.

That’s unless you’re a dampling, with the sea in your veins, fish stew on your breath, and webbed toes. The Gracekeepers partly follows the Circus Excalibur, a small crew of performers who float nomadically across the ocean, exchanging performances for food. They’re all face paint, hair dye and glitter, a gender-bending troupe constantly reinventing itself in each performance.

We learn about a number of characters in this fanciful world. There’s North, the young woman who dances with a bear in a dangerous pirouette of death and rebirth for the punters. Red Gold (Jarrow), the Circus Ringmaster and owner who is blind to some harsh truths. Avalon, his bitchy wife who wants to rise through the social ranks. And Callanish, a mysterious gracekeeper who spends her time administering rites for the dead by starving small birds in cages over the sea.

Logan’s prose is tightly controlled, dreamy and magical. To call this a dystopia doesn’t seem right somehow, instead The Gracekeepers brings to mind the magic realism of Angela Carter. But there’s not really much more beyond the descriptive language. The characters seem underwritten, with a multitude of gaps left unexplored (I’m still not really sure what happened between Callanish and her mother). Perhaps this is deliberate and I’m not saying we have to know everything, but the effect kept me oddly distanced and unengaged with the story. Threads are woven loosely and then abandoned. This effect is exacerbated by the structure; early on alternating third person chapters from North and Callanish’s perspective are established, before suddenly a hotchpotch of other views butt in, often for only one chapter. It’s disorientating.

There are some arresting passages of prose however. A scene where North dives deep into the ocean and finds a drowned city, for example, or her relationship with the bear. Logan seems indebted to Shakespearean themes, motifs and theatre too—her clowns are surely incarnations of the Shakespearean fool, inciting rebellion against the upper classes while simultaneously acting as scapegoat for society’s ills. The acrobats are male/female, brother/sister, husband/wife, and they seem to swap between all these roles, bringing to mind the gender play of Twelfth Night. The term ‘damplings’ perhaps suggests the ‘groundings’ of early modern theatre audiences. And of course, you can’t help but think Exit, pursued by a bear…

But these motifs all seem a little bit forced and a little bit too self-aware, while the clowns’ potential is never fully realised. They just kind of slope around in the background, leaving glitter and eyeliner over the bedsheets. The ending, when it comes, feels rushed and certainly not as apocalyptic as it promised to be, although Logan does a good job of creating pathos (you’ll guess what happens).

The Gracekeepers is an odd little fairytale which is definitely worth reading, but just don’t expect a huge amount of depth. Like any good circus performance, it’s all smoke and mirrors.
at June 01, 2015 No comments:

Theroux’s Strange Bodies is an immensely readable literary thriller which actually works quite well. It follows a strange but recognisabl... 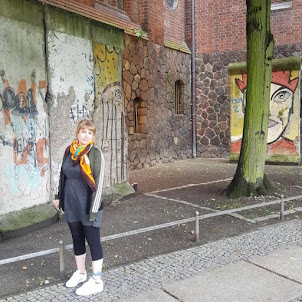 Some things I've had published with live (maybe!) links

What I've been reading